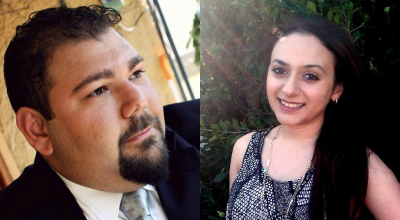 HOLLYWOOD, CA – The Armenian Council of America is proud to announce the victory of Jirair Tossounian and Maria Yepremian in the Hollywood Studio District Neighborhood Council (HSDNC) election.

Tossounian, who will be serving the HSDNC on the Property Owner Governors seat is a Hollywood native and has been actively involved within the neighborhood, through the Melrose Hill Neighborhood Association as well as the HSDNC, where he Chaired the Bylaws and Elections Committee.

Yepremian will be serving on the same Neighborhood Council as a Youth Governor. She has been a part of HSDNC and East Hollywood Neighborhood Council (EHNC) respectively. She has also been an active participant in being different stakeholders within the community closer together through the once a year Hollywood Relay for Life event, which brings government officials and residents together to fight against cancer. She currently attends the University of Southern California and is studying Mechanical Engineering.